As a knowledge broker, one of our main goals is to stay “in integrity,” in other words, to remain true to our purpose, principles, and intentions. Because these characteristics have personal significance rather than public they are considered “informal.” The graphic below, a variation of the diagram posted in an earlier blog, associates these three integrity elements with sides of a triangle. 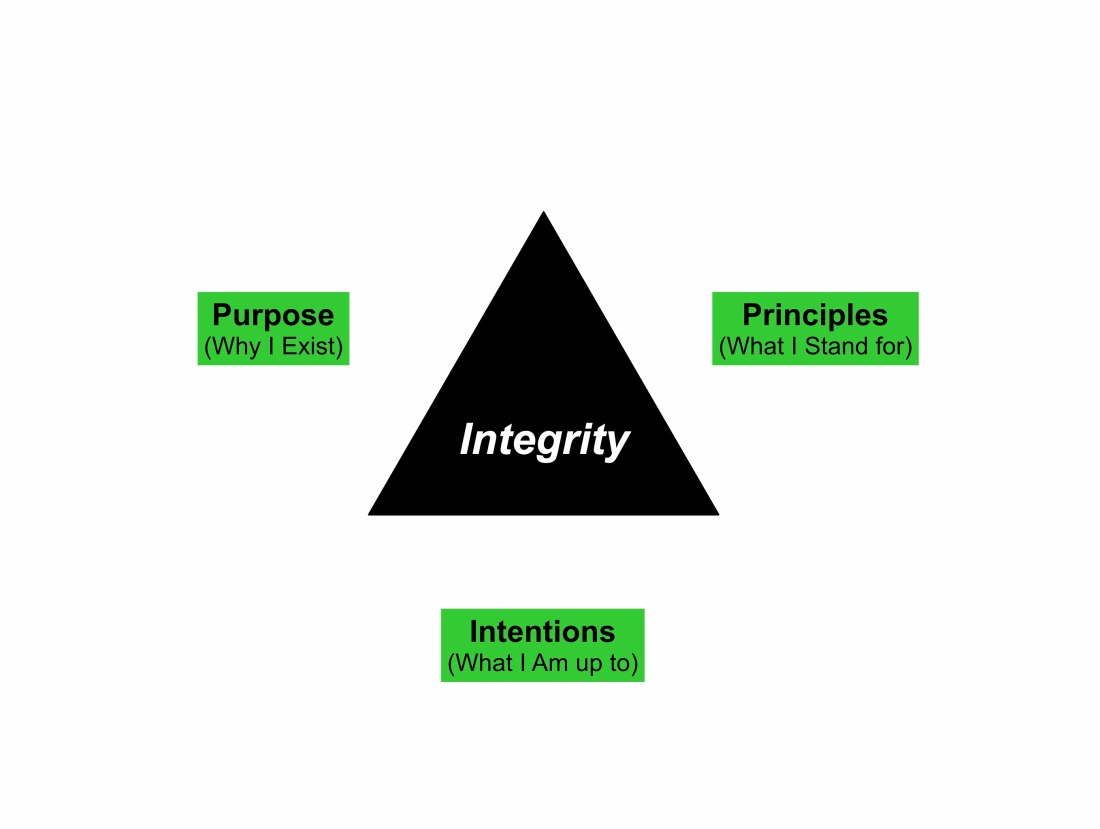 The use of a triangle sends a mixed message. Its structure is symbolic of a rigid, top-down hierarchy. However, it is the most stabile of all geometric forms requiring changes to the lengths of the sides and sizes of the angles in order to alter its overall dimensionality. In other words, the original must be destroyed to take another shape. Because of this duality between rigidity and stability, both the sides AND the angles have meaning in the metaphor.

In the diagram below, the angles are labeled “authority,” fiduciary,” and “legal.” These three characteristics are more public than personal in their significance and are considered “formal” integrity elements. In dealing with other people as part of a larger social system, we are expected to be wise stewards of resources be they investments / use of time, talent, money, creativity, etc. We are also expected to comply with the laws enacted by the government having local jurisdiction. Finally, we are accountable for our responsibilities commensurate with the authority we have to act. This is the foundation of justice. 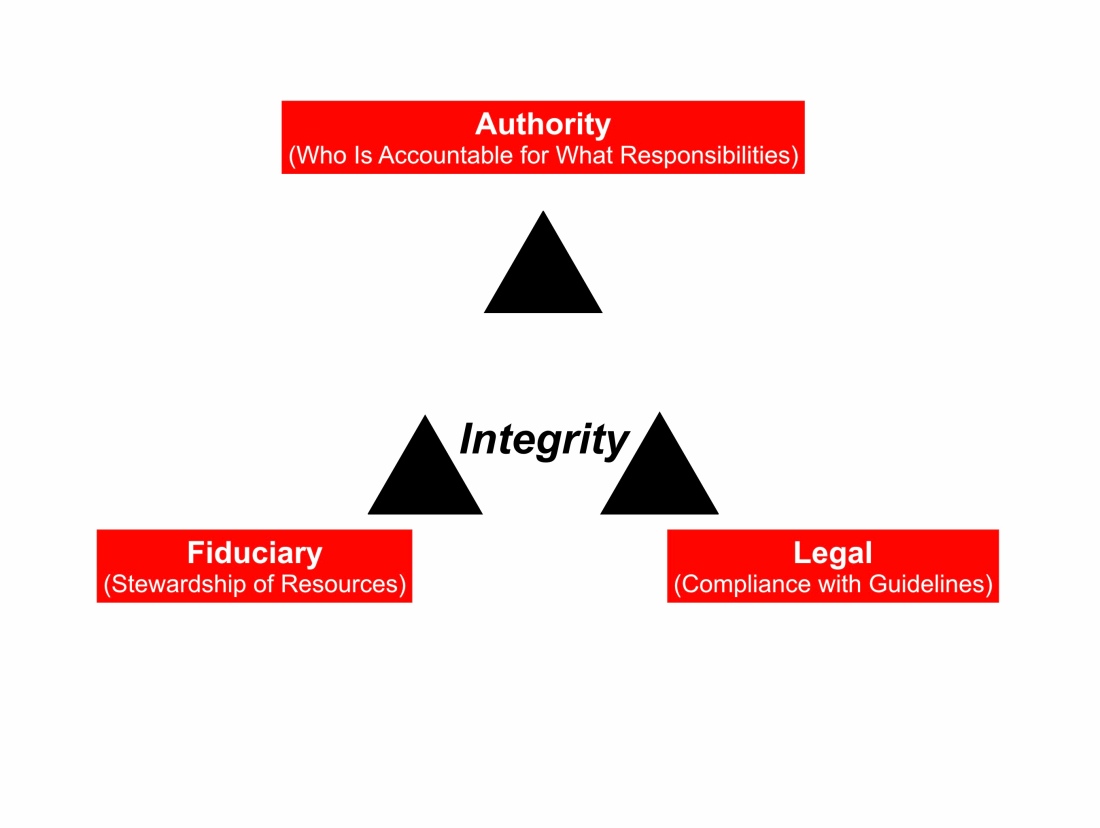 The combination of both informal and formal components represented by the sides and angles of the triangle provides us with integrated personal and public dimensions of integrity. This is represented graphically below. 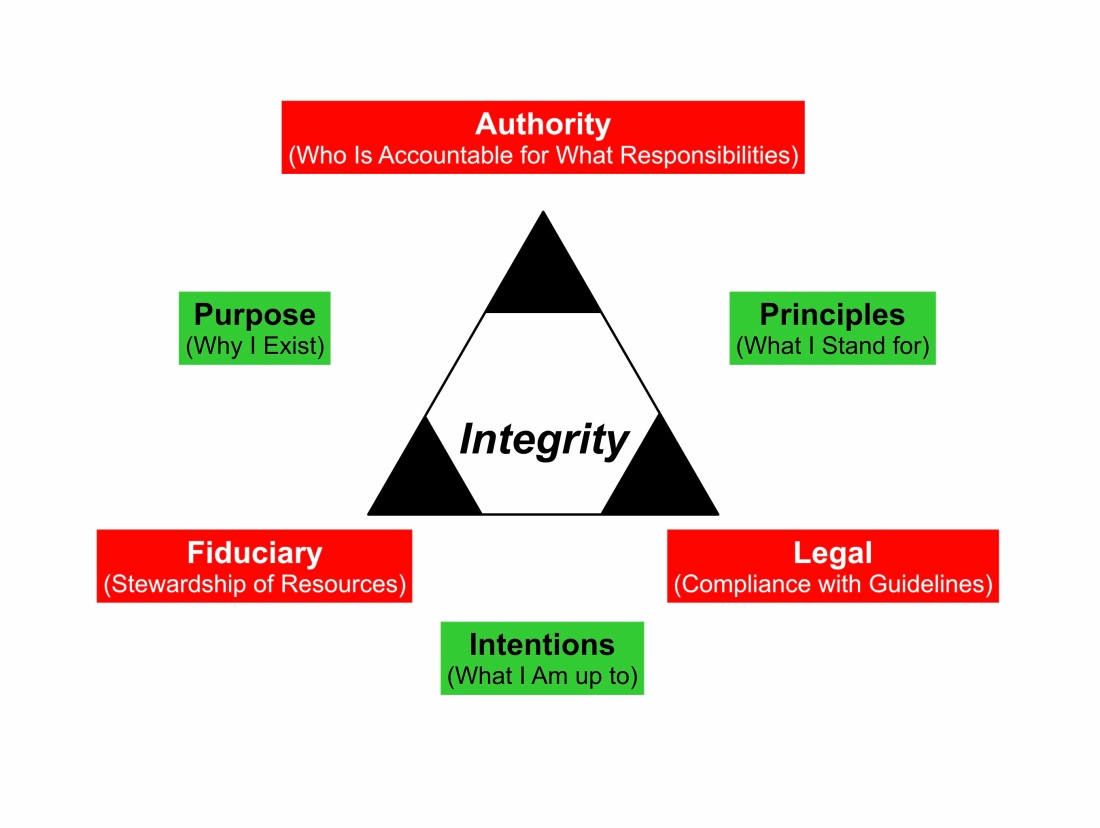 This same sense of informal and formal can be applied to organizations as well as individuals. In addition, any organization has an integrity as does each person who is a member of it. Because of the correlation in integrity between formal and informal, and individual and organization, integrity is the foundation of organization design approaches.